Posted on September 20, 2019 by noachbenavraham

As far as the Jews in the Land of Israel were concerned, Alexander the Great was a benevolent ruler. He was not a pagan and he had tremendous regard for the Jewish sages, particularly Simon the Just, the High Priest at the time (see tractate Yoma, 69a).

Neither persecuting them nor making life miserable for them, Alexander made an arrangement with the Jews: as long as they remained loyal to him, all they had to do was to pay their taxes and they’d be allowed to remain autonomous. This was unheard of, definitely a stroke of Divine will, because Alexander was rarely merciful to any nation that he subdued, which meant almost the whole known world at the time. The Jews were so grateful to him that they named every child born that year “Alexander.” That is why the name Alexander (Sender in Yiddish or Sasha in Russian are common Jewish nicknames derived from Alexander) became so common among Jews to this day.

Alexander conquered the Land of Israel in the year 329 BCE when he was only 23 years old. His death at the 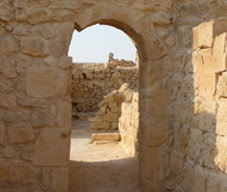 The wicked Seleucus, after whom the Seleucid Dynasty is named, seized control of the northern portion of Alexander’s kingdom, which included most of the Land of Israel. Reigning in Damascus, Seleucus was the leader of whom we today refer to as the Syrian Greeks. These were the Syrians who had totally adopted Greek culture from A to Z.

The official Seleucid policy with the nations under their control was “conditional benevolence.” They offered full rights, full citizenship and equal opportunity, even membership in their elite and exclusive athletic clubs (comparable to today’s country club). But there was one condition – the subdued nation must cast aside its culture, language and religion and completely accept Hellenism.

The Gemara tells us that the “benevolent” Syrian Greeks “only” demanded three things, namely, that the Jews discontinue circumcision, Shabbat observance, and Rosh Chodesh (new moon) observance. This was quite crafty, for without these three mitzvoth, there would be no continuation of Judaism, Heaven forbid. When the non-Hellenist Jews resisted, the Syrian Greeks added a fourth decree: every Jewish girl would be given for a night to a Syrian Greek officer before her wedding. For the loyalist Jews, these were unbearable. Despite the fact that they were a minority – a tenth of the Jewish people at most, their disgust at the Syrian Greeks were the seeds that sprouted the Maccabean revolt, which ultimately led to the triumph over the Syrian Greeks, the resanctification of the Holy Temple and the miracle of Chanuka.

But meanwhile, the “benevolent” regime placed spreading Hellenism among the Jews as its highest priority, and it was succeeding. The historian Josephus leads us to believe that over 90% of the Jews had turned to Hellenism.

The Syrian Greeks used Hellenism to first gain their power and influence among the wealthy class of Jews, whose social influence on the masses was tremendous, for money talks. Both the Syrian Greeks and the assimilated Jewish Hellenist elite who did their every bidding portrayed Hellenism as an enlightenist movement, the way of the future. But the elders of Judea, particularly the Hasmonian family, saw Hellenism as a danger to the very fiber and existence of Judaism. As such, the secular Hellenists hated the orthodox elders, accusing them of obstructing progress and giving the Jews a bad name with the regime.

The Jewish Hellenists used their relations with the authorities to try and control the loyalists. The Mishna in Yoma tells that sometimes, the High Priest lacked a knowledge of Torah. We ask ourselves, how could that be? Simply, on more than one occasion, the Hellenists secured the position of High Priest for one of their own reformers by bribing King Antiochus, the Syrian Greek monarch at the time.

The “enlightened” Hellenist High Priests sought to reform Judaism, selectively preserving the customs that were compatible with their modern lifestyle, but shelving Kashruth, Shabbat, family purity and circumcision. None of the Hellenistic High Priests came out alive the Holy of Holies on Yom Kippur.

Stop and ponder the history of our people, particular the annals of the Hellenists prior to the miracle of Chanuka and the triumph of the Maccabees. Does it not ring dangerously similar, both in the USA and in Israel? Is there not a war against the holy Yeshivas and constant efforts by the secular media to portray the Haredim as backward, obstructing progress, and damaging to our relations with the neighbors of the world? And all this in the name of “liberalism” and enlightenment. And what about the appalling phenomena of intermarriage?

King Solomon in Ecclesiastes says that there’s nothing new under the sun; what has been, will be. No wonder he was known as the wisest man who ever walked the face of the earth.

Our people have seen regimes come and go for thousands of years. We have also seen a consistently bitter end for all those Jews who acquiesced to the dictates of foreign powers and subsequently compromised their Judaism. An expression of the German Jews before the Holocaust used to be, “Be a Jew at home and a person outside the home” soon led them to forget about their Judaism in the home too.

Throughout our history, whenever Jews tried to blend with host or conquering nations, an Antiochus, Haman, or Hitler rose to remind them that they’re still Jews, even though they dress, act, and speak like the locals. For a Jew, assimilation and imitation of their host or conquering nation never works. Hashem commands us more than once in the Torah to steer clear of the ways of the nations and to cling to the ways of Torah. In this area, there’s zero margin for compromise, as history has proven time and again.

Who needs another tyrant? It’s time to come back to the Torah. Let the press and the nations call us primitive. The last laugh will be ours, when we’re still learning about the Chanuka story in the second chapter of Gemara Shabbat, and they’ll no longer be in sight. When the smoke clears, there will only be more Jews strengthening themselves in Torah and in emuna. Wait and see.

This entry was posted in Torah and tagged Alexander the Great, Hellenism, Torah. Bookmark the permalink.