From Prozac to Parkland: Are Psychiatric Drugs Causing Mass Shootings?

Posted on September 16, 2019 by noachbenavraham

While mass killers generally have guns in their hands, another commonality is that they often have psychiatric drugs in their blood. The difference, though, is that it isn’t guns that have the side effect of “homicidal ideation.” 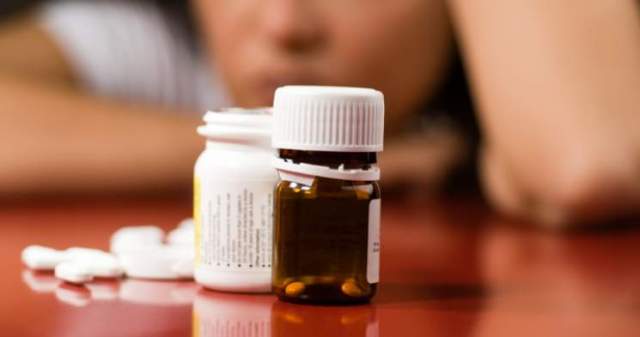 If you develop digestive problems after a change in diet, do you look for the cause in foods you always ate or the new ones you started eating? While the answer is obvious, this common sense is painfully uncommon when analyzing the new phenomenon of continual mass shootings: Many blame the long-present “foods” — guns in this case — and ignore the new diet whose embrace coincided with the problem. And part of what’s new is the widespread use of psychiatric drugs.

As a case in point, the Parkland, Florida, shooter (I won’t use his name and help provide the fame he craved), who murdered 17 on Valentine’s Day, was on medication for emotional issues, his aunt related. This is now a familiar story, too. As WND.com’s David Kupelian put it Thursday, the following is par for the course: As information about a “perpetrator emerges, a relative confides to a newspaper that the ‘troubled youth’ who committed the mass murder was on psychiatric medications — you know, those powerful, little understood, mind-altering drugs with fearsome side effects including ‘suicidal ideation’ and even ‘homicidal ideation.’”

Yet, Kupelian laments, the media have little appetite for exploring this issue. Politicians don’t, either. Unlike with guns, legal drugs aren’t a sexy issue that can be used to scare people and win votes. Moreover, as The Guardian reported last year, “Pharmaceutical companies spend far more than any other industry to influence politicians,” having poured “close to $2.5bn into lobbying and funding members of Congress over the past decade.” This dwarfs the “gun lobby’s” political contributions, mind you.

But what about pharmaceuticals’ contributions to mass shootings? Of course, correlation doesn’t mean causation, but it can provide clues as to where causation may lie — and the correlation between mass shooters and psychiatric drug use certainly exists.

Consider Newtown, Connecticut, killer Adam Lanza (I will provide the names of perpetrators of older incidents), who killed 26 at Sandy Hook Elementary School in 2013. He also was on medication, according to family friend Louise Tambascio. That’s all we heard about it, however; as Kupelian points out, there “was little journalistic curiosity or follow-up.”

But there should be. As Kupelian also informs, “Fact: A disturbing number of perpetrators of school shootings and similar mass murders in our modern era were either on — or just recently coming off of — psychiatric medications.” He then provides some examples (all quotations are Kupelian’s):

• “Columbine mass-killer Eric Harris was taking Luvox — like Prozac, Paxil, Zoloft, Effexor and many others, a modern and widely prescribed type of antidepressant drug called selective serotonin reuptake inhibitors, or SSRIs.” Along with fellow student Dylan Klebold, Harris shot 13 to death and wounded 24 in a headline-grabbing 1999 rampage. “Luvox manufacturer Solvay Pharmaceuticals concedes that during short-term controlled clinical trials, 4 percent of children and youth taking Luvox — that’s one in 25 — developed mania, a dangerous and violence-prone mental derangement characterized by extreme excitement and delusion.”

• Twenty-five-year-old Patrick Purdy murdered five children and wounded 30 in a schoolyard shooting rampage in Stockton, California, in 1989. He’d been taking “Amitriptyline, an antidepressant, as well as the antipsychotic drug Thorazine.”

• “Kip Kinkel, 15, murdered his parents in 1998 and the next day went to his school, Thurston High in Springfield, Oregon, and opened fire on his classmates, killing two and wounding 22 others. He had been prescribed both Prozac and Ritalin.”

WND’s Leo Hohmann adds to the picture, having reported in 2015 (all quotations are his):

• “Aaron Ray Ybarra, 26, of Mountlake Terrace, Washington, allegedly opened fire with a shotgun at Seattle Pacific University in June 2014, killing one student and wounding two others.” Ybarra “said he’d been prescribed with Prozac and Risperdal to help him with his problems.”

• “Jose Reyes, the Nevada seventh-grader who went on a shooting rampage at his school in October 2013 was taking a prescription antidepressant [Prozac] at the time….”

• “Navy Yard shooter Aaron Alexis sprayed bullets at office workers and in a cafeteria on Sept. 16, 2013, killing 13 people including himself. Alexis had been prescribed [generic antidepressant] Trazodone by his Veterans Affairs doctor.”

• “In 1988, 31-year-old Laurie Dann went on a shooting rampage in a second-grade classroom in Winnetka, Ill., killing one child and wounding six. She had been taking the antidepressant Anafranil as well as Lithium, long used to treat mania.”

• “In Paducah, Kentucky, in late 1997, 14-year-old Michael Carneal, son of a prominent attorney, traveled to Heath High School and started shooting students in a prayer meeting taking place in the school’s lobby, killing three and leaving another paralyzed. Carneal reportedly was on Ritalin.”

• “In 2005, 16-year-old Jeff Weise, living on Minnesota’s Red Lake Indian Reservation, shot and killed nine people and wounded five others before killing himself. Weise had been taking Prozac.”

And there are many, many more examples.

Of course, also relating to correlation, there’s a chicken-or-egg question here: Is it that taking psychiatric drugs makes a person more likely to go crazy and commit murderous rampages, or is it that crazy people who are candidates for committing murderous rampages are more likely to be prescribed psychiatric drugs? In reality, most likely it’s both.

The truth is that because the human mind is complex and not wholly understood, taking mind-altering drugs is a risky proposition. Drug companies acknowledge this, too, mind you — just not very publicly. As Kupelian writes after relating the case of Andrea Yates, who drowned her five children in 2001 while on the antidepressant Effexor:

In November 2005, more than four years after Yates drowned her children, Effexor manufacturer Wyeth Pharmaceuticals quietly added “homicidal ideation” to the drug’s list of “rare adverse events.” The Medical Accountability Network, a private nonprofit focused on medical ethics issues, publicly criticized Wyeth, saying Effexor’s “homicidal ideation” risk wasn’t well publicized and that Wyeth failed to send letters to doctors or issue warning labels announcing the change. And what exactly does “rare” mean in the phrase “rare adverse events”? The FDA defines it as occurring in less than one in 1,000 people. But since that same year 19.2 million prescriptions for Effexor were filled in the U.S., statistically that means thousands of Americans might experience “homicidal ideation” — murderous thoughts — as a result of taking just this one brand of antidepressant drug. Effexor is Wyeth’s best-selling drug, by the way, which in one recent year brought in over $3 billion in sales, accounting for almost a fifth of the company’s annual revenues.

In fact, as Ch 2 WCGH reported in 2009, “One study shows a quarter of all children on drugs such as Paxil and Zoloft become dangerously violent and/or suicidal.” Below is a 2011 news report on the subject by WCNC.COM 6 News; it includes the story of Christopher Pittman.

Of course, if these drugs pose such a threat, there should be a stream of high-profile lawsuits, right? Wrong. To avoid the bad exposure this would bring, drug companies spend hundreds of millions of dollars settling claims out of court and often cloak them with confidentiality agreements.

Having said this, it’s unlikely that psychiatric drugs are entirely to blame for mass shootings, for much has changed during the last many decades. We’ve seen a decline in faith and rise in moral relativism/nihilism, which relates the notion that right and wrong are mere “perspective”; entertainment has become increasingly decadent and mindlessly violent (note that the Internet’s rise fairly closely coincided with the start of continual mass shootings); the family has continued to break down, and Americans today, immersed in electronics, are often more connected to things than people; and the fame committing a massacre brings can be alluring to lonely, disturbed people, thus breeding copycat crimes, to name just a few factors. It’s a systemic problem.

Nonetheless, adding mind-altering drugs to this equation adds up to nothing good, and this brings me to my story. I knew a good-natured man who was the epitome of even-temperedness, who had some problems and was prescribed an antidepressant by a psychiatrist (who’d never treated him before). Well, he swallowed one pill — and only one, ever. In his case, that was all it took. Fifteen minutes later, he flew into a rage and was never the same again. Mental instability, irrationality, and some violent episodes — in a word, insanity — would define the rest of his life.

Famed psychiatrist Sigmund Freud once believed that cocaine, legal during his younger days, was the best cure for depression there’d ever been. “Bayer Heroin” was once advertised as a remedy for all sorts of ailments. Today, with one out of six Americans on some psychiatric medication, we ought to perhaps bear in mind that just because a drug is on the right side of the law doesn’t mean it won’t bring you to the wrong side of sanity’s line.