Posted on December 20, 2016 by noachbenavraham 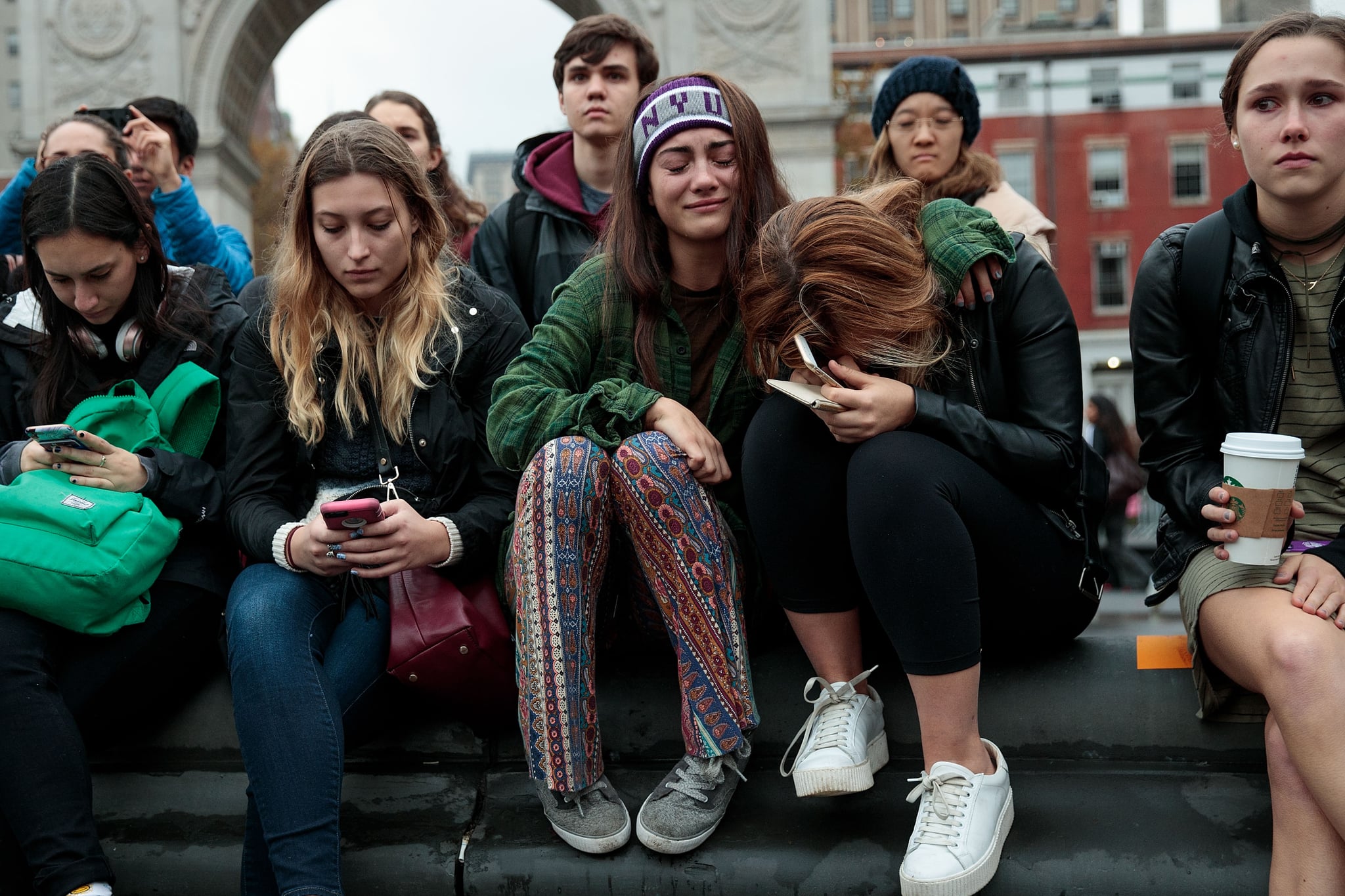 If you feel devastated and puzzled that while Hillary Clinton received more individual votes than Donald Trump, she will not be the next president, grab a tissue and allow us to explain what happened.

The United States voting process is centered on the electoral college, which is an organized group that elects the president and vice president. Each state gets a certain number of electors (representatives who actually vote) based on the size of its population. Highly populated states like California get more electors (55), while smaller states like Vermont get fewer (three). Most states have a winner-takes-all rule instead of a proportional allocation of votes.

When you voted on Nov. 8, you were actually choosing for electors who will vote on your behalf on Dec. 19. There are 538 electoral votes, and a candidate needs more than half (270) to win.

This means that while more people could have voted for Clinton (they did!), Trump still won because he got more electoral votes. According to The New York Times, Clinton received 62,391,335 votes (48 percent) and Trump got 61,125,956 votes (47 percent), yet she only pulled in 232 electoral votes and he tallied up 290.

This has happened four other times in our history when the candidate who won the popular vote lost the electoral vote and the election. The most recent example was in 2000, when Al Gore received more than half a million votes more than George W. Bush but still did not take the Oval Office.

And yes, sometime electors do go rogue, but according to The New York Times, these “faithless electors,” as they are called, have never changed the final presidential results.

Given the outcome on this election, tens of thousands of people are now signing petitions to abolish the electoral college system. But as the Washington Post points out, Democrats “have virtually no power to make that happen — and even they did have any power, it’d be immensely difficult,” since it is written into our Constitution.

At the end of the day, the Clinton vs. Trump election was extremely close, and if you were on the electoral losing side, know that there are many people (close to 60 million) who likely agree with you on several topics.

This is the time to meet with others (both like minded and not) to discuss the issues, donate to nonprofits you believe in supporting (such as Planned Parenthood), and make your voice heard to your state representatives. Then, in 2018 and 2020, encourage other millennials to vote, because the fate of the country will fall into your generation’s hands.

Save the Snowflakes is a special project of the Media Research Center with the aim of bringing attention and providing support to precious snowflakes across America, whose feelings continue to be hurt by conservative rhetoric, social triggers, disagreeable opinions or opposing points of view. #SaveTheSnowflakes

Many modern liberals are fascists at heart who can’t accept losing power; that’s why Bush wasn’t “their” president.

Those liberals are currently bemoaning the fact that Hillary won the popular vote which, according to them, means she should really be president, though were the case reversed we all know they’d be extolling the virtues of the Electoral College.

Driven by a lust for power liberals don’t get that everyone has to follow the rules; demanding the rules change when you lose so that you can win is a sign of immaturity and an unhealthy need for control.

But even if we ignore all that we don’t know if Hillary won the popular vote for the following reasons:

1) It’s the campaign: Trump campaigned to win the Electoral College because that’s how the law works. His people have pointed out that if law was that the popular vote winner won Trump would have spent more time in states that he couldn’t win, like California, in order to get more total votes. In that alternate reality would Trump have won? Neither we nor the Democrats have any idea. But it’s clearly unfair to say that Trump lost because he didn’t follow “rules” that weren’t rules during the election.

2) It’s the voter fraud: Everyone knows that Democrats are the kings of voter fraud. The dead are regular voters in Chicago for example. Similarly, it’s not an accident that California gave drivers licenses to illegals in early 2016 and Obama told illegals that it was safe for them to vote right before the election. A study of the 2008 and 2010 elections shows significant voting by illegals. Take away California and Hillary’s popular vote “victory” disappears. Those states where there are strong movements to let illegals vote, which includes California and New York, went heavily for Hillary. That indicates that voter fraud may have played a more significant role than liberals will admit. No one knows for sure how many people illegally voted, but we can be sure that they voted for Hillary. As a result, no one can say for sure that absent illegal votes Hillary would still have won the popular vote.

3) It’s the uncounted votes: In some states if the number of uncounted ballots is less than the victory margin the ballots are never counted. Hence we can’t know what the actual popular vote total is. That might sound shocking but since the popular vote total doesn’t matter why bother to keep track of it? Uncounted ballots tend to be absentee ballots that tend to favor Republicans that means that it’s quite possible that if all the ballots were counted Trump could win the popular vote.

4) It’s the voter suppression: There is voter suppression in the U.S. but it’s being done by the liberals. In California, there was no Republican candidate for Senate. Because California’s voters passed an initiative that had the two highest vote getters in an open primary face each other in the general election. So there were two Democrats running against each other for the Senate. While racist Democrats claim that Blacks are too stupid to get a photo IDs, those same Democrats think that Republicans being denied a candidate on the ballot won’t keep Republicans from voting. The reality is that in California, which everyone knew Trump would lose, the lack of a Republican Senate candidate meant that some Republicans didn’t bother to vote. We can’t know how many but we can be pretty sure they’d have voted for Trump, reducing Hillary’s supposed lead.

5) It’s the Trump factor: It’s no secret that a lot of people held their noses to vote for Trump. Many people in states that were never going to go for Trump, such as California and Virginia, didn’t vote for Trump because they knew it wouldn’t help Hillary — whom they disliked even more — and it made them feel like they weren’t supporting Trump. If those people knew that their ballots would have counted they would have voted for Trump.

6) It’s the laziness factor: The reality is that many people vote only because of the presidential race. The media worked hard to make it clear to the residents of many states that their vote would have no impact on who was elected president precisely because of the Electoral College. For the liberal media to now argue that all those Republicans who didn’t vote because the media told them their votes were worthless shouldn’t be counted if we suddenly decide to go by the popular vote is typical liberal dishonesty.

Similarly we have no way of knowing that Hillary would have won the popular vote if the voters, and Trump, had known that the winner would be decided by the popular vote.

When your liberal friend starts spouting about the popular vote you’re now ready to explain why the whole popular vote issue is another example of fake news.