WHY DID ISAIAH 53 EMERGE AS THE MOST DEBATED CHAPTER IN THE JEWISH SCRIPTURES? RABBI TOVIA SINGER ON ISAIAH 53

Posted on November 12, 2013 by noachbenavraham

WHY DID ISAIAH 53 EMERGE AS THE MOST DEBATED CHAPTER IN THE JEWISH SCRIPTURES? 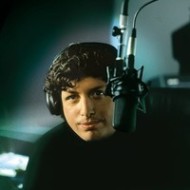 Christians are so convinced that Jesus is the messiah, they are utterly astounded that the Jews, of all people, consider this claim preposterous. Christians are bewildered by this rejection because it appears so obvious to them that every aspect of Jesus’ life—from his miraculous conception to his crucifixion and resurrection—was clearly predicted in the Jewish Scriptures. They wonder why the Jews then fail to embrace Jesus as their messiah. Can’t they grasp that the prophecies in their own Bible predict that the messiah would suffer and die and then rise from the grave?  How can a people who produced so many Nobel Prize winners be so dense? Are they just plain stubborn?   Why then did the Jews reject the claim that the messiah would suffer and die for the sins of the world?

The answer is quite simple: Jewish messianic expectations are firmly rooted in hundreds of prophecies recorded throughout the Hebrew Bible. And Jews who are anticipating a messiah are not looking for anyone remotely like Jesus. They are awaiting the messiah who will destroy the enemies of God, usher in worldwide peace, the universal knowledge of God, the ingathering of the exiles, the resurrection of the dead, and the rebuilding of the Temple in Jerusalem.

Who then was Jesus?  While it is impossible to answer this question with any certainty because no contemporaneous historian mentioned Jesus, it is possible that he was one of hundreds—perhaps thousands—of obscure, itinerant preachers during the first century who came from the backwoods of the Galilee, wound up on the wrong side of the law, and was summarily executed by the empire. He then would have been one of hundreds of thousands of Jews who were crucified by the Romans during the turbulent first century.  For Jews, calling Jesus the messiah and God, Creator of the universe, is foolish and blasphemous.

But doesn’t Isaiah 53, which Christians frequently cite, predict that the messiah would be tortured and killed for the sins of mankind?  The answer to this question is simple as well: the messiah is never mentioned in Isaiah 53. Look it up for yourself!  As you will see armed with only a Bible and Rabbi Tovia Singer’s two-part audio program and written teachings on this chapter, originally this passage had nothing to do with a future messiah. This chapter was ripped out of context and key words were mistranslated.  Prior to the advent of Christianity, there was not a single prediction by anyone that the messiah would be executed for the sins of mankind.

Many Christians believe the “Man of Sorrows” or the “Suffering Servant” to be a reference to the prophecy of the Ministry of Jsus, which became a common theme in medieval and later Christian art. The passage of ‘Isaiah 53’ is known for its interpretation and use by Christian Theologians and Missionaries, many of whom identify the servant to be Jsus. Many Christians view the entire chapter, and particularly this passage to refer to “the Passion” as well as “the absolution of sins believed to be made possible by his unbiblical sacrificial death”. ie: [Deuteronomy 12:30-31], [Jeremiah 19:4-6], [Psalm 106:37-38], [Ezekiel 16:20], [Deuteronomy 24:16 The fathers shall not be put to death for the children, neither shall the children be put to death for the fathers:every man shall be put to death for his own sin.] [Ezekiel 18:4 Behold, all souls are mine; as the soul of the father, so also the soul of the son is mine: the soul that sinneth, it shall die.

Jewish scripture in Isaiah 52:13 through Isaiah 53:12 describes the servant of the Lord as the Nation of Israel itself: “My Servant…” (Isaiah 53:11), “…a man of pains and accustomed to illness…” (Isaiah 53:3). “The theme of Isaiah is jubilation, a song of celebration at the imminent end of the Babylonian Captivity”. Judaism sees this passage, especially “God’s Suffering Servant”, being written over 2500 years before nowadays, without a reference to the king Mashiach. Jewish teaching also does take note of the historical CONTEXT in which God’s Suffering Servant appears, particularly because it speaks in the PAST TENSE. The Jewish nation has borne unspeakable injustices, under Assyria, Babylonia, Ancient Greece, ancient Rome, Nazi Germany, which are all gone, and bears persecution and targeted mission to this day. Jewish scripture in Isaiah speaks in the light, when it says:

“For he was cut off from the land of the living; because of the transgression of My people, a plague befell them.…” (53:8) [THEM]

“My servant would vindicate the just for many, and their iniquities he would bear…”(53:11)